To enhance the STEM experiences of all of our students we will be welcoming numerous STEM Ambassadors throughout the year. Engineers and Designers from prominent technology companies will be talking about their work, advising students on career pathways into the technology sector and helping with our numerous STEM projects.

In 2015 we embarked on a new venture with the ‘CCHS Formula 24+ Racing Team’, sponsored by Comus Engineering Europe, based in Thorpe-le-Soken. The electric racing car gradually took shape as the Sixth Form STEM students worked tirelessly on its construction and testing. All their hard work culminated in an opportunity to race against other schools’ cars at the Rockingham Race Circuit. Last year a new team of students were tasked with making the car more aerodynamic, achieve better efficiency and obviously to go faster, at the same time! They have added more gearing and replaced numerous other components along with adding a new outer shell.

In October our STEM team took the car back to Rockingham Race Circuit in Northamptonshire. The outing was purely an opportunity to test the modifications made to the car but, as the track day was actually the Institute of Engineering and Technology’s International Kit Car Final for Greenpower F24 and Silverline cars, the team were keen to achieve a place on the starting grid and be competitive during the race. They spent the morning testing the car, making adjustments and experimenting with different drivers before lining up on the grid. The team managed to complete 17 laps in the allotted 90-minute race time to finish 29th out of the 36 competing teams. They worked hard all day and even managed to record a new top speed of 34mph during the practice session with one of the lighter drivers, more than double the speed achieved by the previous STEM F24 team in 2015. Well done to the whole team and thanks to the staff who gave up their Saturday to enable the team to achieve some fantastic results!!

Our ongoing STEM activities have been enhanced this year with a brand new and very exciting year-long project. A team of Year 10 and 11 STEM students will be constructing an underwater Remotely Operated Vehicle (ROV); an unmanned submarine. Initially they plan to ‘fly’ the ROV in our swimming pool before venturing into open water. 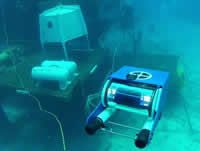 Our CCHS STEM team have also linked up with Harwich Haven Authority and recently announced some very exciting news; the authority have provided the team with radar, ultrasound and geological scans of all the wrecks located off the Essex/Suffolk Coast along with a history of each wreck and their condition on the last inspection. They have also given permission for the CCHS STEM ROV team to fly over the wreck of HMS Amphion, an Active-class Scout cruiser which was the first Royal Navy ship of the First World War to be sunk, after it hit a mine seven miles off shore from Harwich on the 6th August 1914. The team hope to supply the Harwich Haven Authority and the Harwich Society with the first filmed images of the wreck since it was sunk.

STEM Links into Other Subjects

The ROV project is also much broader than just the STEM disciplines as the CCHS ROV activities will also link into History Geography and Geology. Students from across the school will be using the data provided by the Harwich Haven Authority to understand the history of HMS Amphion and then help plan the dive to the Royal Navy wreck. They will also be interpreting the data and images sent back to the surface. These exciting initiatives provide opportunities that are not normally available to students and we are extremely grateful to the providers.